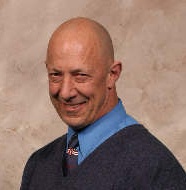 Education: Graduated from the U.S. Air Force Academy in 1964 with a Bachelor of Science degree in Engineering. In 1965, attended the University of California at Livermore, earning a Master of Science degree in Engineering and Applied Science. In 1972, received a Master of Business Administration degree at the University of New Mexico. Have completed about one-half of a Masters Degree in Federal Contract Law.